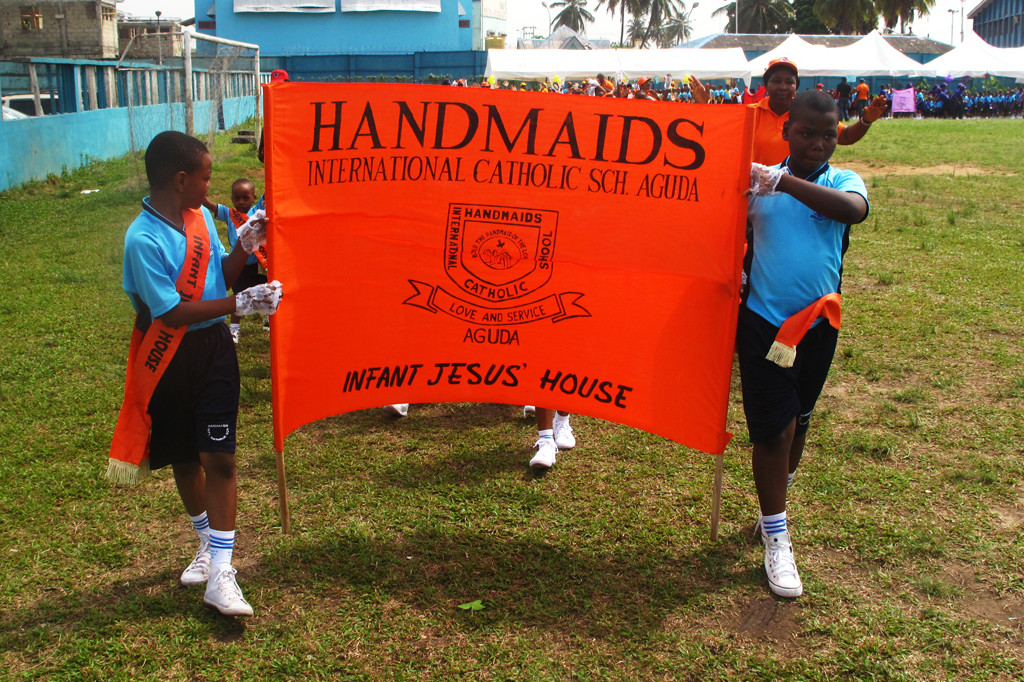 “Handmaids” pupils participate in a variety of Sports at different levels bi- or tri-ennially in the School’s Inter-House Sports Competition. Participation is encouraged because the School believes that Sports provide the opportunity for pupils to become more involved in School and help improve their fitness, mental, emotional, social and academic well-being.

The School also believes that Sports encourage pride in achievement and respect for opponents, build team spirit, improve fitness levels and aid in establishing involvement in fitness activities. Hence to realise these benefits, it ensures that a healthy, safe, fun and competitive sporting environment is provided so that pupils can learn the rigour and discipline necessary for success.

Pupils are grouped into different Houses through which they compete against each other in the Inter-House Sports Competition. There are Eight Houses and each holds over 100 pupils with teachers to coordinate.