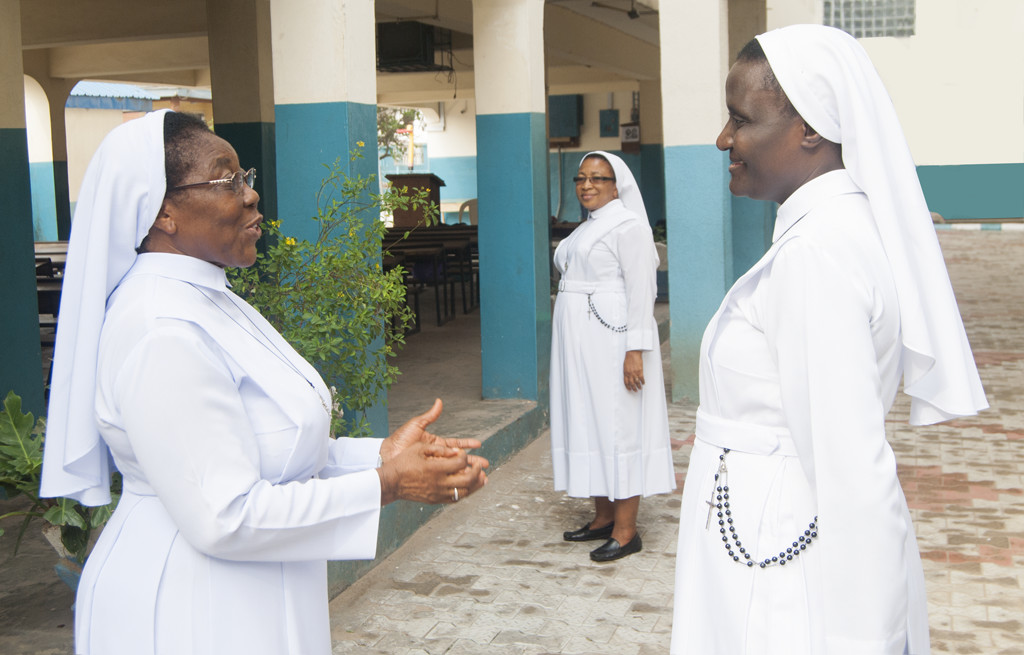 Handmaids International Catholic School was established on February 7 1983. It is an arm of the Educational apostolate of the Sisters of the Congregation of the Handmaids of the Holy Child Jesus and aims at the holistic formation of young children.

Through this ministry, the Handmaids continue the work and keep alive the legacy left by their Foundress, Mother Mary Charles Magdalen Walker, RSC, who, among other things, worked hard to provide qualitative and value-based education for Women and for girls in the South Eastern axis of Nigeria under Bishop Joseph Shanahan, C.S.Sp.

The School is located at 2-6 Somosu Street, Aguda, Surulere, Lagos State. At its inception, the School was known as Madonna Nursery School. The Nursery and Primary sections were approved on September 16 1985 and December 13 1993 respectively. The School changed its name on February 01 1993 to reflect the identity of its Founders – the Congregation of the Handmaids of the Holy Child Jesus and also adopted the same Motto “Love and Service” as the Congregation.

Canon 795 directs that Education must pay regard to the formation of the whole person, so that all may attain their eternal destiny and at the same time promote the common good of society. Children and young persons are therefore to be cared for in such a way that their physical, moral, and intellectual talents may develop in a harmonious manner, so that they may attain a greater sense of responsibility and a right use of freedom, and be formed to take an active part in social life.

Parents have the primary responsibility for the wholesome upbringing of their children and the Catholic school provides the fullest scope of assistance to parents in the fulfilment of this Christian responsibility.

Mother Mary Charles Magdalen Walker subscribed to this same view of Education of young Children when she stated that” They are children to be taught and trained in the love of God, for the purpose for which life was given – to love God and neighbour – to live as children of God…We want each child to keep true to God all through life’s allurements, dangers and sorrows… It is in the school that we must get a hold on the children and bring them within the influence of grace.”

In testimony to the unrelenting hard work of the Administrators and Staff of the school over the years, it grew from its humble beginnings of fifty pupils in four classrooms in 1983 to eighteen classrooms in 1991. Along with its Pre-Nursery wing which was re-established on February 28 1998, the school has at present a population of over a thousand pupils, thirty five classrooms, an ICT Room, a Library, a Music Studio, An Art Studio, and a Home Economics laboratory.

Located within the Catholic Archdiocese of Lagos, the school enjoys the patronage of the Catholic Archbishop of Lagos, the Most Rev. Dr. Alfred A. Martins. Its present Proprietress is Mother Leonie Martha O’karaga, Superior General of the Congregation of the Handmaids of the Holy Child Jesus. It is currently managed by the following crew: