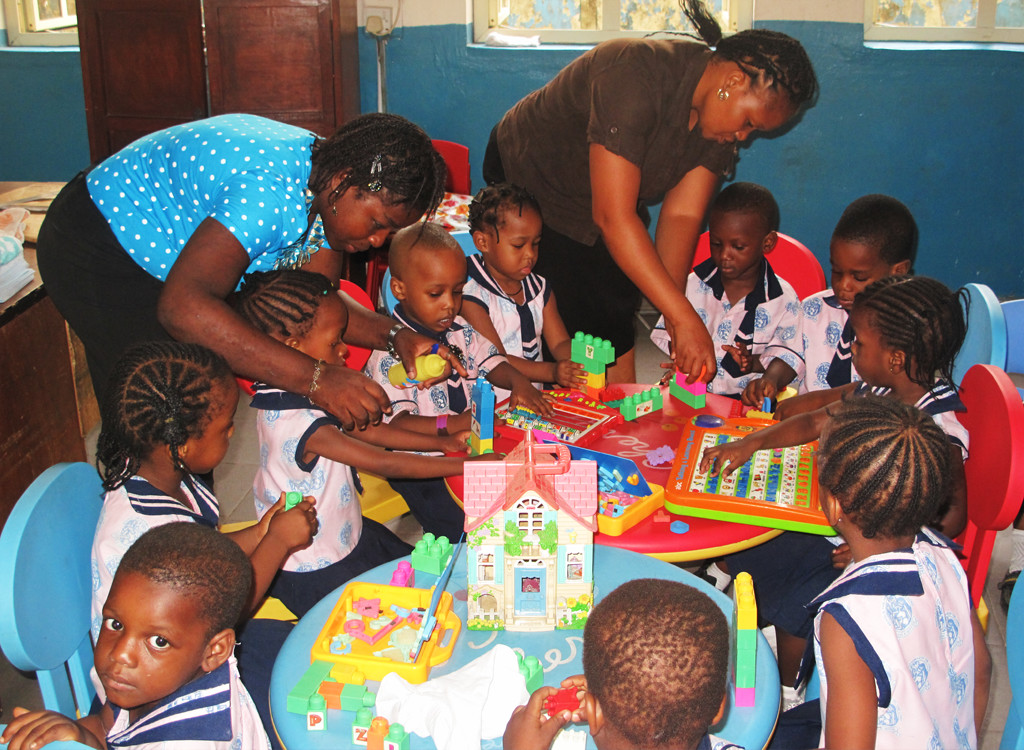 School life is an important preparatory stage of life for studying, learning discipline, and developing virtues such as obedience, team spirit, perseverance, etc. It is a platform for interaction between the pupils and their teachers thus enabling the former to develop skills which would facilitate integration with public life.

In “Handmaids”, we have a process whereby teachers act as the guides and guardians who direct pupils on the right path thereby helping them unleash their potentials and setting the foundation for future doctors, lawyers, scientists, engineers, writers, etc.

Generally, the following highlight a few aspects of School Life in “Handmaids”:

Pupils are required to be in School before the first class for the day which starts at 7.20am, and the last class of the day usually ends at 3.00pm.

How the pupils spend their break/recess time at school

Recess is a break from an activity one is usually engaged in. It is a period of time away from a task at hand, an interlude or a change of pace. Children need recess because they are temporarily bored with their immediate classroom environment. So, recess helps them to reduce fatigue and to release excess energy or “let off steam” after a long time in the classroom and to develop a more positive outlook on their work.

Recess is allotted in our School Time Table and it is well utilised. It is the children’s favourite period. They always look forward to it. It is compulsory for every child in the School. It is observed twice in a day but in turns due to lack of space. The different classes are given different days for their recess but each class is given two days opportunities in a week.

The first recess (lunch break) starts at 11:30am and ends at 11:55am before the Angelus. At this time the younger pupils are served meals by the Care Staff while the food prefects in the Middle Primary classes pick up their foods from the kitchen and serve their various classes. Also, pupils use the opportunity to attend their society/club meetings depending on the days allotted to their meetings. During the same break the Middle Primary classes attend Catechism classes (in preparation to receive Holy Communion) and those who do not have meetings to attend are allowed to go out and play.

The second recess (lesson break) starts at 1:55pm and ends at 2:05pm. At this time the pupils eat their snacks, ease themselves and get ready for their lesson. The older pupils in the Middle Primary classes also use the period to teach the younger ones how to play some musical instruments.

Children enjoy recess at school because most of them have restricted play experiences after School hours. They indulge in excessive television viewing and sedentary electronic game playing or are not allowed to wander outdoors because of parental fear of violence.

Recess is as important as class time because children pay closer attention and perform better mentally after it. It also gives the teachers opportunity to assess the pupils’ social development through informal observation. Recess in Handmaids School gives the children the same opportunities for frequent free play and the accompanying social development as the children of the past generations did because all work and no play makes Ojo a dull boy.

Homework is given daily from Nursery one onwards.

There are Three School Terms: The First Term commences from September to December; the Second Term is from January to March; and the Third Term usually begins in April and ends in July. Children receive Report Cards at the end of each Term.